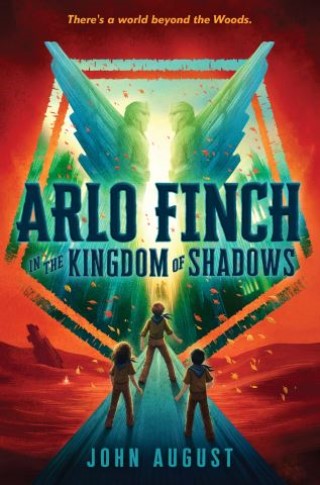 Arlo Finch in the Kingdom of Shadows

Arlo Finch in the Kingdom of Shadows is a captivating fantasy-adventure story by master screenwriter John August.

After a harrowing summer camp, Arlo Finch is back in Pine Mountain, Colorado, preparing to face a new school, new threats, and two new Rangers in Blue Patrol.

Arlo is about to undertake his most dangerous journey yet: all the way to China to try to bring his father home.

But when the mysterious Eldritch reveal their true agenda, Arlo must make an impossible choice: save his friends and family, or save the Long Woods. Both worlds will never be the same.

Born and raised in Boulder, Colorado, John August earned a degree in journalism from Drake University and an MFA in film from USC. As a screenwriter, his credits include Big Fish, Charlie’s Angels, Charlie and the Chocolate Factory, Corpse Bride and Frankenweenie. His books include Arlo Finch in the Valley of Fire.

In addition to his film career, he hosts a popular weekly podcast, Scriptnotes, with Craig Mazin. He also created the Writer Emergency Pack, an educational storytelling tool that was distributed to over 2,000 classrooms in partnership with non-profit literacy groups like 826LA and NaNoWriMo. John and his family live in Los Angeles.