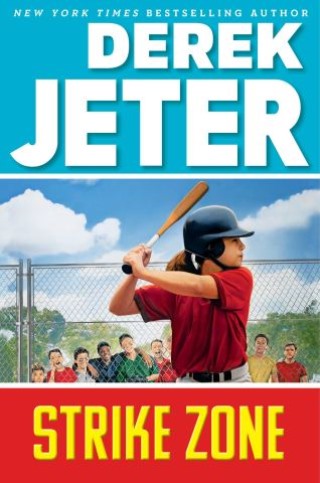 In the seventh book in the New York Times bestselling middle grade series inspired by the life of iconic New York Yankee Derek Jeter, young Derek and his friends learn the true meaning of teamwork when they have to embrace the unexpected on their baseball team.

At the first practice of the season, Derek takes note of who is on the team. They have some good players, for sure—but also some weaker ones. There’s still one kid missing, and Derek hopes it’s a really good ballplayer to round out the roster. But when the kid arrives, everyone is shocked: she’s a girl! Can Derek’s team come together to have a winning season?

Derek Jeter: Derek Jeter is a fourteen-time All-Star and five-time World Series winner who played for one team—the storied New York Yankees—for all twenty seasons of his major league career. His grace and class on and off the field have made him an icon and role model far beyond the world of baseball.Paul Mantell is the author of more than 100 books for young readers, including books in the Hardy Boys and Matt Christopher series.