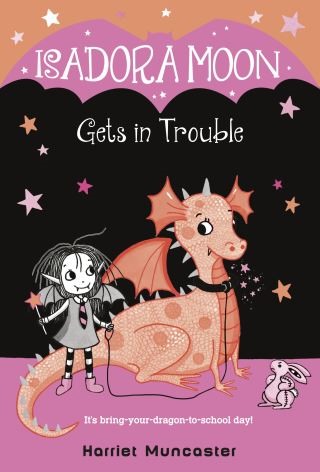 Isadora Moon Gets in Trouble

Isadora wants to take Pink Rabbit to class for "Bring Your Pet to School Day." But her older cousin Mirabelle has a much better plan--why not take a dragon? What could possibly go wrong. . . ?

Harriet Muncaster: HARRIET MUNCASTER is the author/illustrator of the picture books I Am a Witch's Cat and Happy Halloween, Witch's Cat! She holds two degrees in illustration and has lived on the same hill in Hertfordshire, England, for as long as she can remember. Isadora Moon is her first chapter book series.