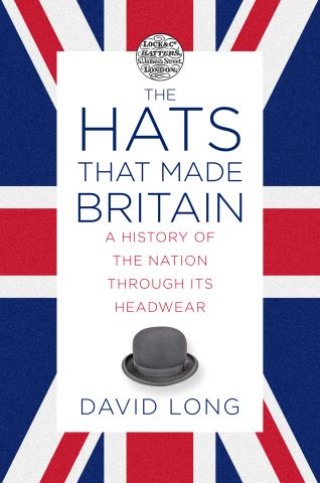 The Hats that Made Britain

A History of the Nation Through Its Headwear

Many of the world’s most famous hats have their origins in Britain; in the Middle Ages there were civil and religious laws requiring hats to be worn and in Victorian Britain a person would no more leave home without a hat than a pair of trousers. It is no surprise that London’s oldest surviving shop, Lock and Co., is a hatter. From practical everyday caps and bonnets to military headwear, top hats, and even the coronation crown, hats of all sorts have passed through its doors and continue to do so after more than 300 years.In this fascinating new book David Long reveals how much of Britain’s social history can be understood through its headwear, and in exploring the ways in which a hat speaks volumes about its wearer’s rank and status he tells the stories of the people beneath some of the most famous hats of history.

David Long: David Long has been a writer and journalist for over thirty years. As a journalist he regularly appeared in The Times, Sunday Times and London’s Evening Standard, and he now writes award-winning books for children as well as adults. His previous titles include London’s 100 Strangest Places, London’s 100 Most Extraordinary Buildings, London Underground and The Little Book of London (all The History Press). These and other titles have been translated into more than twenty different languages.